A fire suppression solution that mounts discreetly under your kitchen tap

Automist® tap mount is a neat and discreet fire suppression unit that provides additional fire prevention for your kitchen or utility room.

Automist® tap mount is not equivalent to a full sprinkler system and does not have the same performance optimisations as the latest Automist® wall-mounted solutions. It is typically used to provide extra protection to a kitchen, or as part of a fire engineered solution or risk assessment. The misting system helps to protect your home effectively from fast-spreading fires. 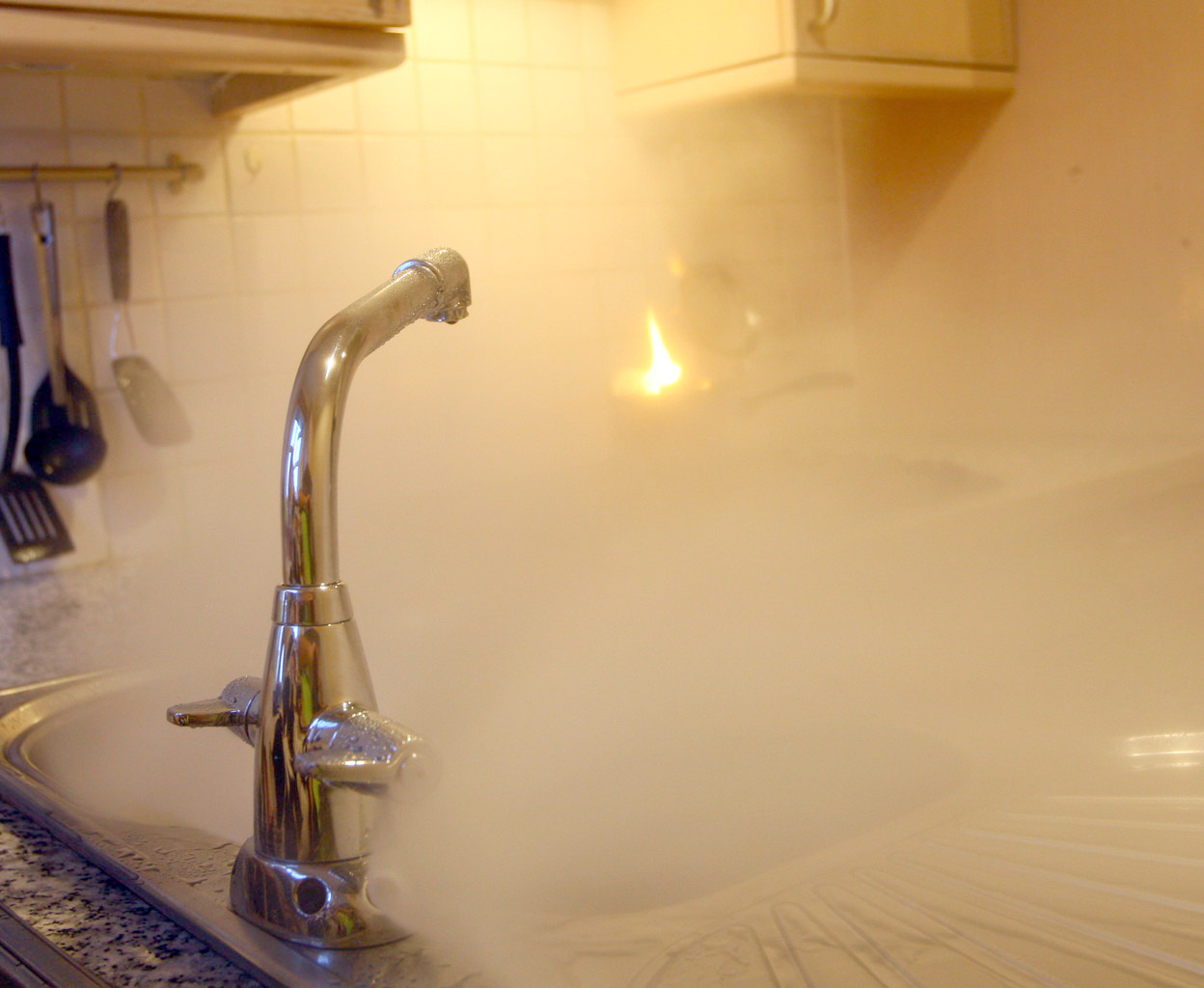 Winner of the James Dyson Award in 2009, the Automist® tap mount fire suppression system is almost invisible when installed under a monobloc tap, and doesn't take up wall space. It's sometimes used to complement Automist® Smartscan® where Smartscan®'s design rules prove difficult to satisfy. It has a working range of 4 metres.

Automist® tap mount is best suited to custom projects where a fire safety professional has reviewed the options and found it to be a good fit. Its wall-mounted siblings beat it for sheer fire suppression power, so if you're looking for Building Regulations approval or something equivalent to a sprinkler system, take a look at Automist® Smartscan® instead.

Automist® tap head uses the same 5.6l/min as other Automist® versions. In the event of a fire large enough to trigger it, you'll have some damage, but it will never spray more than 170 litres of water at a time, and can be easily stopped.

How does the Automist® tap mount system work? 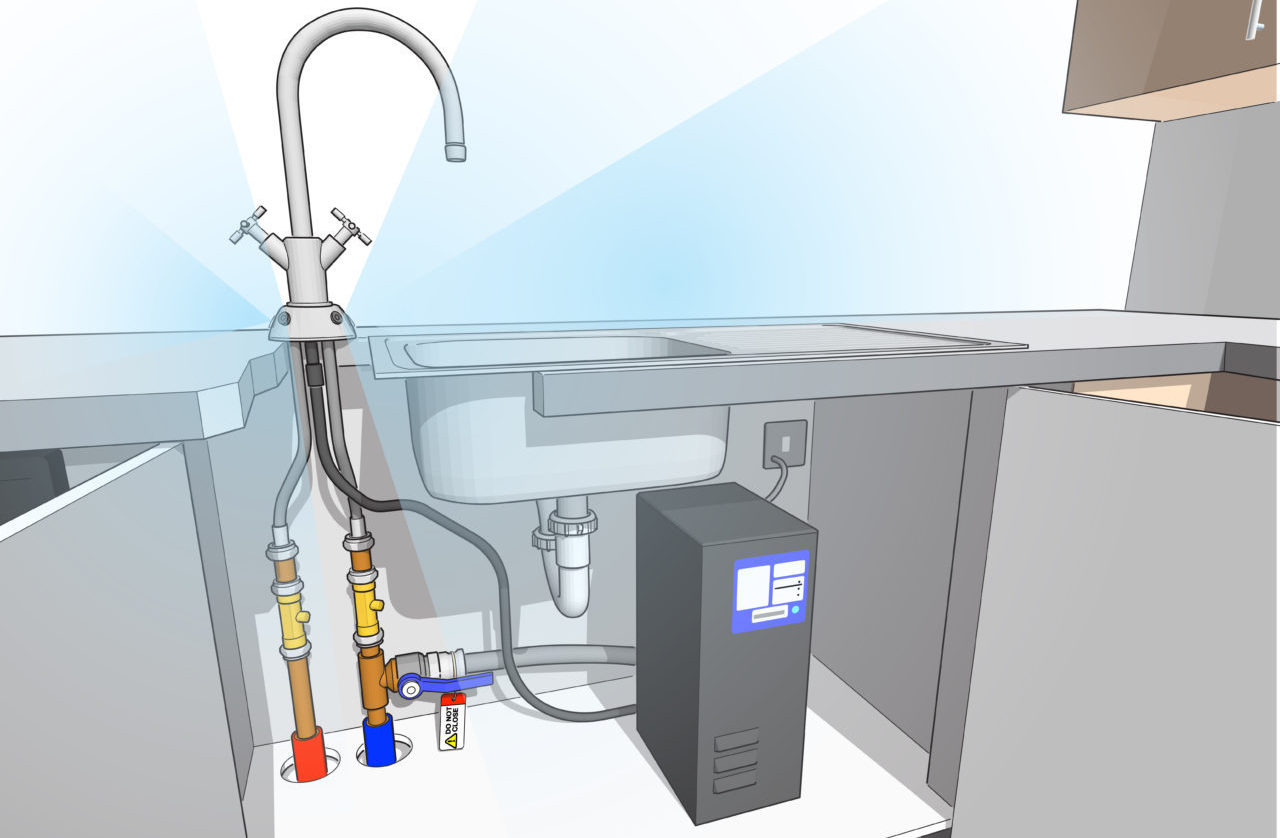 How the tap-mounted Automist® system works in detail...

When activated by its heat alarm, the Automist® tap-mounted system blankets the room with high-pressure mist, up to a distance of 4 metres. The fire is then suppressed, allowing residents to escape. The system can be easily switched off with a STOP button once the fire has been successfully controlled.

For the property owner, the choice of Automist® versions depends on what you hope to achieve. Smartscan® is the most capable and its equivalence to sprinklers confers a much greater range of design freedoms (the same freedoms as other types of residential fire sprinkler). The Automist® fixed nozzle wall-mount system is intended for use in the particular layout of a loft-converted house, as recommended in Approved Document B. The tap mounted system should be used where you simply want a fire safety upgrade around your sink area, or where recommended by a fire engineer or fire risk assessor.

Need a fire safety assessment of your home?

With hundreds of Automist® systems installed, there's a good chance that we've seen a situation like yours before. We'd be delighted to talk to you about how Automist® could work with your project. Give us a call, or send project details through our contact form.