The elegant alternative to domestic sprinklers

Automist®is a fire suppression system, like sprinklers, but with some important differences. It's usually a great fit if you don't have the water supply for conventional sprinklers, don’t have anywhere to put a large and heavy tank, or just want the absolute best looking solution in your home. Best of all, Automist® is retrofittable.

Most projects need the high-tech flagship, Automist Smartscan®, but there are three other options: 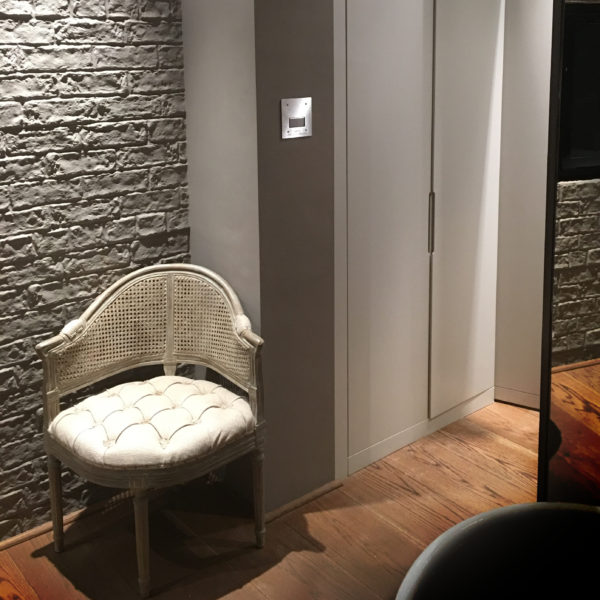 Automist® and Automist® Smartscan® were designed to give you the same benefits under the building regulations as domestic and residential sprinklers. That means enabling open plan layouts, eliminating redundant escape stairs and even opening up sites the fire brigade can't reach.

Automist® and Automist® Smartscan® use high-pressure watermist to control fires in the home. Just like fire sprinklers, they are used to achieve "design freedoms" that are only allowed when fire suppression is present: open plan layouts, freedom to build away from the road, or taller buildings.

Automist®’s wall-mounted spray heads normally allow a quicker retrofit without significant disruption to your ceilings. By spraying high-pressure watermist horizontally at a mid-height, fires can be tackled at a greater range and with much less water than most other systems, reducing the amount of hardware that you’ll see in your home.

While sprinkler systems are triggered by a frangible bulb or other one-time device designed to break in the event of a fire, Automist® is triggered by a heat alarm. Using an electronic detector separate from the spray head means greater flexibility: the spray head no longer has to be at the hottest part of the room, the system’s behaviour can be customised (for example, “double knock” anti-tamper detection can be used), and Automist® can and does shut itself off automatically after half an hour. Heat alarms are well-tested, robust activation devices which trigger only when a dangerous fire is present, and operate slightly faster than sprinklers.

Can watermist really work on chip pan or electrical fires? Take a look...