The Automist® fixed system is not equivalent to a full sprinkler system, so for most other applications, Automist® Smartscan® will be the better choice. If you're not sure which is suited to your residential property, contact us today on 01206 544223.

A room of up to 8m x 4m can often be served by a single Automist® fixed wall head, mounted on a plate that can usually be matched to light switches. All sources of fire must be within 5 metres of a spray head.

The Automist® Fixed System is suitable for retrofit

The wall-mounted position and smaller number of spray heads make Automist® eminently suitable for retrofit and refurbishment situations. In addition, the much lower water consumption (typically 10x less than BS9251 sprinklers) means you won't need to find space for a tank or upgrade the water supply.

In the event of a fire large enough to trigger your fire suppression system, you'll have some damage. But an Automist® unit will never spray more than 170 litres of water and can be easily stopped. A BS9251 sprinkler system will normally cause major flood damage: 2 tons of water gushing through your home every half hour.

How the Automist® Fixed System works 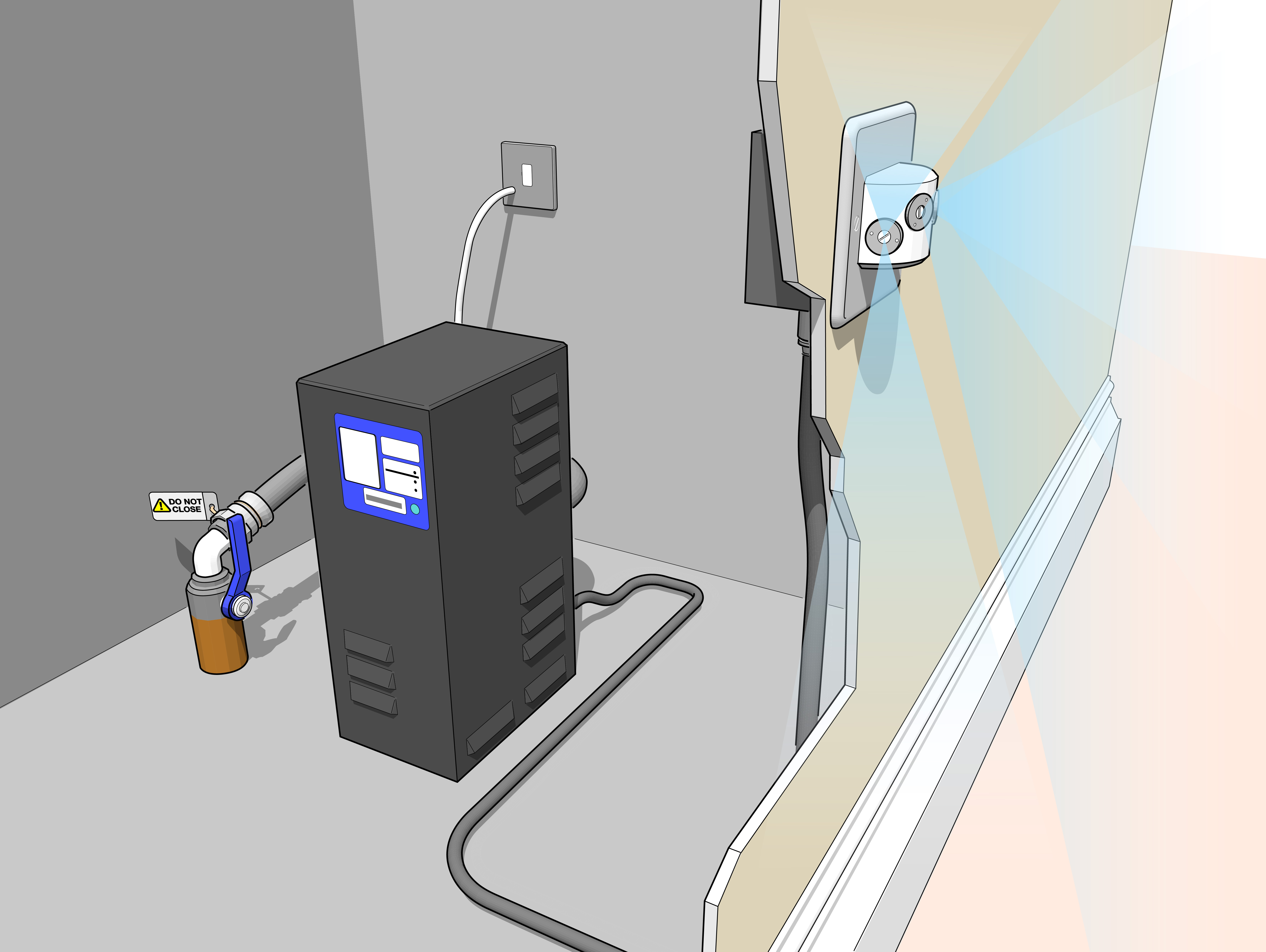 How the Automist® Fixed System works in detail...

When activated by its heat alarm, the Automist® fixed nozzle system blankets the whole room with high-pressure mist. The fire is then suppressed, allowing residents to escape. The system can be easily switched off with a STOP button once the fire has been successfully controlled.

For the property owner, the choice of the Automist® Fixed System or Automist® Smartscan® depends on what you hope to achieve. Smartscan® is much more capable and its equivalence to traditional fire sprinklers confers a much greater range of design freedoms (the same freedoms as other types of residential fire sprinkler). The Automist® fixed nozzle system is not equivalent to sprinklers and is intended for use in the particular layout of loft converted house, as recommended in Approved Document B.

With hundreds of Automist® systems installed, there's a good chance that we've seen a situation like yours before. We'd be delighted to talk to you about how Automist® could work with your project. Give us a call today, or send project details through our contact form.