To make the most of your home, with big open rooms, choose Automist®

Customers often come to us at Intelligent Mist because they plan to enlarge their home, but they've discovered that the Building Regs limit what they can do:

In most cases the regulations allow the elimination of these dedicated hallways and extra staircases through a fire suppression system. This represents an upfront expense but will normally pay for itself through increased usable floor area. Choosing Automist® will ensure that your rooms aren't limited to 32m2. 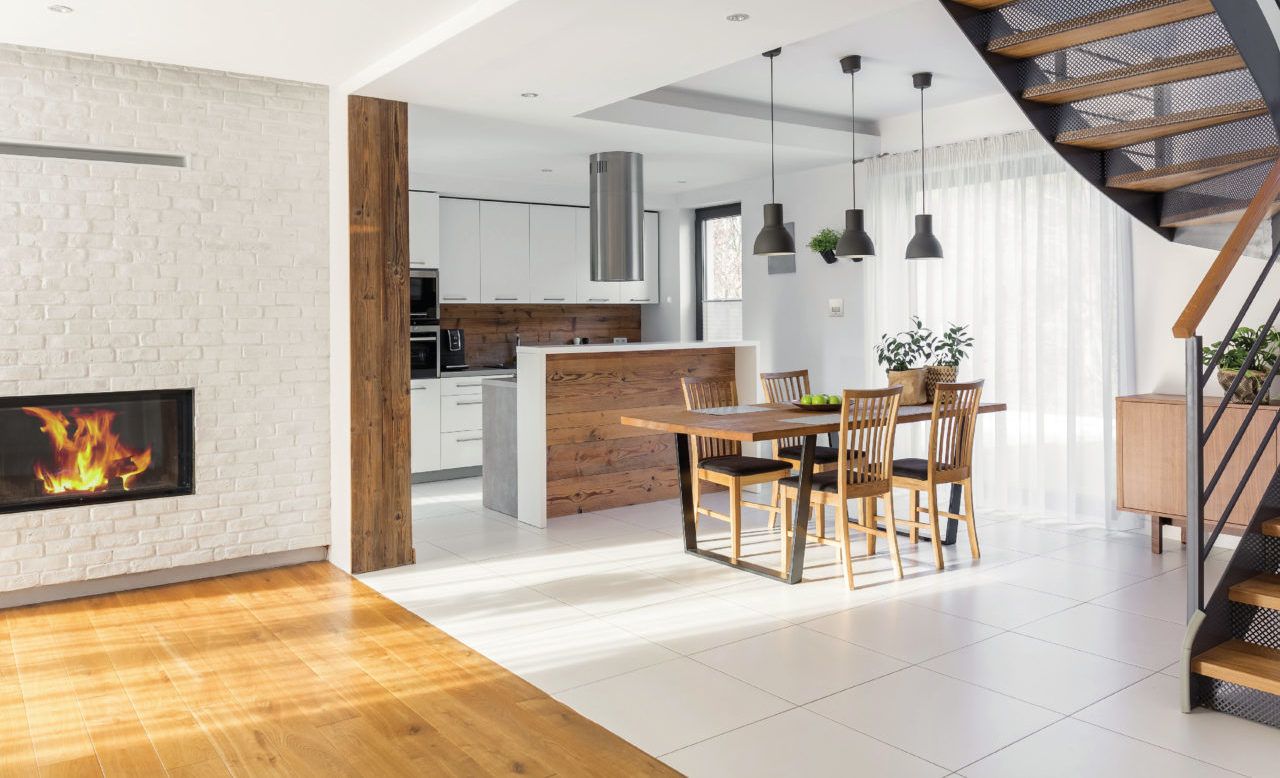 A short extract from BS8458, the standard for watermist sprinklers

If you're creating a large open-plan room, don't risk problems getting your home signed off by Building Control. Most of Automist's competitors don't work properly in larger rooms and (when you read the small print) don't perform to the BS8458 standard, so you could have problems with approval. Here's why.

Unlike other watermist and sprinkler systems, Automist Smartscan Hydra® uses electronic actuation and advanced sensor technology to ensure that only the spray head with the best access to the fire is activated. That means that the pump will never be asked to serve more heads than it's designed to work with. Automist can tackle a room of 45m2 with a single spray head, and enjoys easy approval with all local authorities for rooms of up to 80m2.

Competing watermist products, by contrast, are triggered by a more basic mechanism. This means that any spray head near a fire will activate, even if the system can't cope with that many heads running at once. Some manufacturers have tested their system in larger rooms, but according to section 6.6.1 of BS8458, even those can't be used in rooms over 32m2, unless they are specifically designed to cope with three or more heads activating at once. Even rooms below 28m2 can fall foul of this problem if their width is above 5.1m.

It's not just about bigger rooms: wasted space is wasted money

In British urban environments, floor area has become extremely expensive: for example in London, prices of £6000/m2 are normal. That means that a fairly small dedicated hallway of 4.2m2, which serves no purpose other than escaping the property, wastes over £25,000 compared to an open-plan alternative.

In four-storey houses, the regulations now require two independent staircases between the topmost floors. The space lost to an internal stair over two storeys is, again, around 4.2m2 - so the wasted space for this also costs around £25,000!

In either case, fitting Automist Smartscan Hydra® to recapture this valuable space will normally cost a small fraction of this £25,000 figure. Contact us for a quote.

Automist® does not use a tank, unlike more conventional sprinkler systems

Thinking about conventional sprinklers? You'll probably need to ask yourself where to locate the tank.

Unless you have a mains supply that can blast water out at 70-80 litres per minute, you'll need a hefty tank for BS9251 sprinklers. When full, the smallest standard BS9251 tank ("category 1") weighs about the same as a BMW 3 Series - 1.5 metric tonnes - so obviously your home might require structural reinforcement. Although the tank itself may cost the best part of £1000, the 2.5 m2 of floor area it uses up may cost you much more. For example in London, at £6000/m2, the tank would occupy floor space worth £15,000.

Still thinking about conventional sprinklers? You might end up asking yourself whether you should have gone with Intelligent Mist. 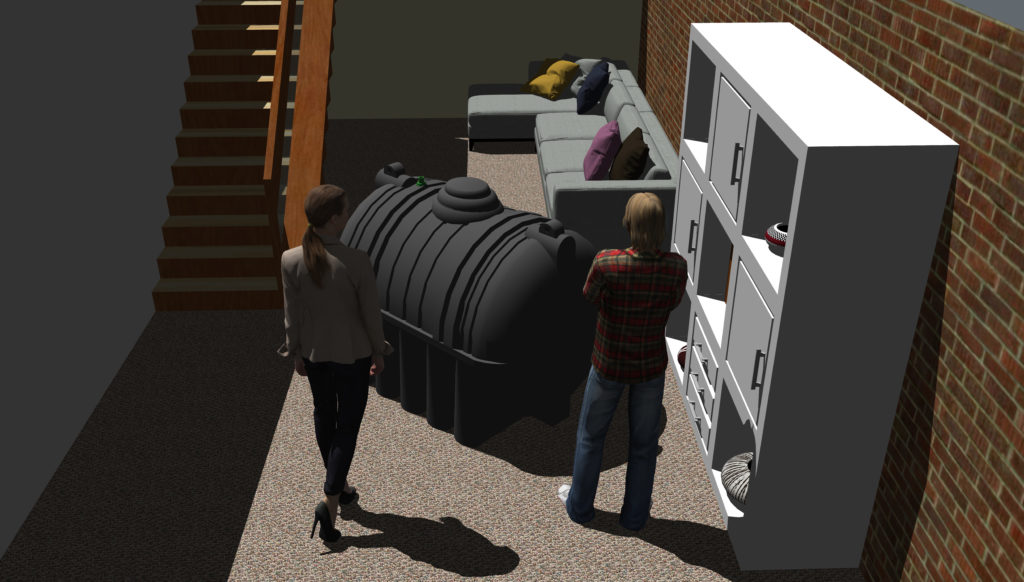 “We should have gone with Intelligent Mist”

Want to discuss the specifics of an Automist® installation, including Automist® costs? With hundreds of Automist® systems installed, there's a good chance that we've seen a situation like yours before. We'd be delighted to talk to you. Give us a call, or send project details through our contact form.